Will this be the DARPA's press release regarding time crystals in the near future? Full of black marker lines over certain words, dates and numbers in order to censor information items, for this is a need-to-know project.

Or will the future look back using Linear Crystal Time Layer or Looking Glass technology? We will not know for sure because DARPA is not open for discussion regarding their new time crystal research. One thing for sure is that it will be reported by mainstream media in the usual it's all normal, nothing to worry style of communication.

"There could be a slew of other potential military uses for time crystals – but, officials can’t say what they are. ‘Not a lot of these applications are open for discussion.’

The time transportal is not worried and some of the visitors in this portal aren't worried either. We're just a bunch of beings who are curious about the new discoveries regarding these time crystals on this timeline. The time transportal has reported about time crystals before. Will this be the fundamentals for the Linear Time Layer Vehicle of Mr. Titor? Perhaps a new chapter timeline key-frame point for the Pegasus project?

"Two groups of scientists report that they’ve observed exotic time crystals,
systems of atoms whose properties arrange themselves,
or “crystallize” in time like the way solids can crystallize in space.
The two groups’ vastly different atomic arrangements aren’t perpetual motion machines,
weapons, or time travel devices—but their strange behavior sheds light on a whole new
class of materials with properties different from any solid, liquid or gas you’ve ever encountered." 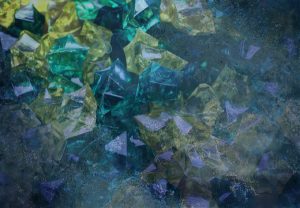 These type of science news is of course food for thought and theories. Maybe some screen writers and directors of movies will be inspired by these mysterious crystals of time. And what will the discoveries be in the (near) future? A synergy of various technologies. New ways to manipulate time crystals and light waves by means of electromagnetic, lasers and nano-tech. Steered by a SkyNet A.I. mainframe?

It may all sound like sci-fi movies. And sure it can generate new story ideas and concepts.
In the meantime scientists in the public domain are looking into the workings and characteristics of the
time crystals.

"In time crystals, the atoms follow a repeating pattern in time rather than space,
and physicists have dubbed the material one of the first examples of non-equilibrium matter."

It's all about frequencies. These are the first steps into the time crystal dimensions.
Imagine when humanity is able to steer the holistic aspects of time crystals in unison with particles.

The news articles regarding DARPA time crystal research arrived in the mainstream media in week 11 of the year 2018.
Some travelers who read this may remember their history books. And some may take a note of the timeline keyframe W11 2018. And a few have some DRINQS and celebrate the new road ahead.

"The Defense Department’s research branch has now launched a new initiative to study
time crystals and their potential applications, in a program called Driven and Nonequilibrium Quantum Systems (DRINQS)".

Last but not least; did the ancestors knew about time crystal steering technology?
In order to travel this timeline, it's a handy item to have a large building that can stand the sands of time.
Technology can be placed inside this building or the building itself is the technology.
Did the ancestors knew about synergy of certain wave lenghts, geometry, frequencies, ley-lines and mercury?

Were they able to innerstand the time crystal mystery?