An interesting story about a French army officer Louis

Six days after we published our exclusive article Déjà Vu, A Junction of Timelines? a new article surfaced on the internet.

The website Discover Magazine has published a déjà vu story based on scientiffic papers History repeating itself: Arnaud's case of pathological déjà vu. It's an interesting story about a French army officer Louis.

Louis served in Vietnam and later he was sent home because he had symptoms of amnesia, probably caused by cerebral malaria.  He had delusions of déjà vu. It worsened and he also developed paranoia according to this story.

In January 1893, 18 months after his ague, characteristic symptoms of déjà vu were observed: Louis reported recognising as having read previously some newspaper articles, and even said that he wrote some of them…

Shortly after, he typically had striking delusions concerning his relatives. While attending his brother’s wedding, he claimed suddenly that he was certain that he attended the wedding the year before, in identical circumstances, and that he could recognise each detail – and he did not understand why they were doing it again.

Significant is what is written, that he seem to recognise each detail in his delusions of déjà vu. As far as we know; people don't recognise details when having a déjà vu. Most people describe a déjà vu as 'a feeling of experiencing a moment for the second time'.  Or 'feeling that I have experienced this moment before'.  The article in Discover Magazine underlines this idea of  déjà vu:

..... Louis was not in fact suffering from true déjà vu, because in déjà vu there is a feeling of familiarity combined with the knowledge that the familiarity is false. Louis lacked this knowledge, and believed that he really had lived his life before; in other words Louis was suffering from a delusion not déjà vu per se. 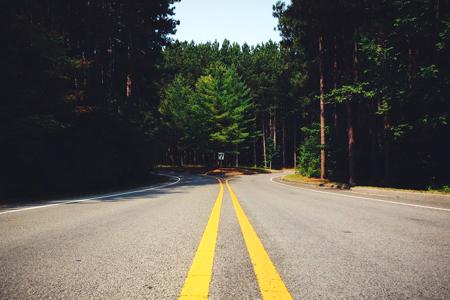 Could Louis perhaps have been in a time travel event, without (prior) knowledge? Maybe he entered some type of portal or Stargate while serving in Vietnam? Or maybe a secret experiment was in motion in the area where he served?

We like to encourage everyone interested in time travel to read the whole story and the papers written by French psychologists Julie Bertrand and colleagues.  Because it seem to touch the dynamics of timelines. As Louis has said in his own words:

World Wide Animal News Updates Last update: 5.21.2018 The time will come when men such as I will look ...
Read More

The year is 2017 and the world is at the brink of a thermonuclear war. On this stage are several ...
Read More

Trabzon, Turkey, Anthrax, Cow & Cliff   An outbreak of Anthrax took place in Turkey on February 10, 2018.  This happened in the ...
Read More

Outbreak at the Winter Olympics 2018 in Pyeongchang South Korea  Just before the opening of the Olympics a Norovirus outbreak ...
Read More

Stargate at the Winter Olympics 2018

NEW UPDATE: 2.6.2018 Another false alert was sent. This time it was for the residents of the US East and ...
Read More

Passenger jet skids off runway in Trabzon, Turkey to stop on a cliff just metres above the oceanThe Pegasus Airlines ...
Read More

A Space Nation And so it begins... for the public domain. We live in times of the first commercial space ...
Read More

The Time Transportal website use cookies to ensure that we give you the best experience on our website. If you continue to use this site we will assume that you agree and are happy with it. Ok