By: Transportal Report
In: Mystic

At the Same Time & Space?

Sometimes two or more people together feel the Déjà vu vibe. Or people have two or more Déjà vu experiences in a row.

It has always been a big question: What is a Déjà vu? And when asking questions of this type, one must go into the realms of the mystical.

Because there seem to be no down to earth explanation for this phenomena, yet.
Perhaps when mankind is further in technological advancements. Then mankind can finally understand or innerstand Déjà vu?

It's a French Word. It literally means: Already Seen 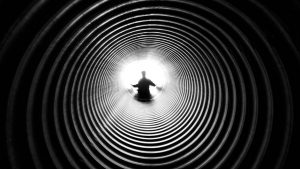 The interesting part of a Déjà vu is also feeling the moment, not only seeing or hearing it. It's a feeling. First you feel the strange Déjà vu and then you start to look around and ask yourself questions. "Did this happened before?" And you'll look for certain recognizable things around you. It's often a brief moment. A very short flash feeling. And it happens mostly during normal daily-things events. Like making coffee of talking with someone. As far as we know there are no significant cases of people experiencing a Déjà vu during uncommon daily things.

The Junction of Timelines

If there are several timelines where you exist then the junction of timelines theory may explain the Déjà vu.
For example:
On one timeline you're travelling from work to home. You get at your home, turn on the television and make coffee. Meanwhile on the television you hear someone talking about cooking. And then you feel the Déjà vu.

This happened before? When I'm making coffee at home and hear this person talking about cooking?

Meanwhile on another timeline you are cleaning the house with the television on. You start to make coffee and some person on the television is talking about cooking. And then the other-timeline-you is feeling the Déjà vu.

The Two of You?

The moment of making coffee and the person on the television talking about cooking is happening on both timelines. The difference is the moment before the Déjà vu.
In one timeline you came from work and on the other timeline you were cleaning in the house.

The crossing point of the two timelines where the two of you are making coffee (at the same time) is the Déjà vu?
And what happens after the conjunction of timelines?
Most likely a continuation of the individual timelines. Otherwise you (and the other you) would experience a constant Déjà vu feeling?

Both are going upwards to the dot on the letter j. Which is Journey. The movement of time. And the dot is the point in time where the Déjà vu occurs. A realtime point so to speak.

But you can also see this model in different ways.
Example: e is personal timeline and a is collective timeline.
Or: J is personal and both a and e are collective. 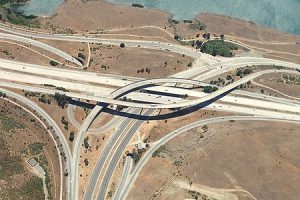 Another explanation of Déjà vu may have to do with the Time Loop idea. Everything happened before. Mankind and the world is in some sort of time orbit. A time loop. Which is somewhat the same as the time junction idea.
The difference is that the Time Loop idea is based on 1 timeline repeating itself. And the Déjà vu time junction idea is based on 2 or more seperated timelines.

The movie The Matrix (1999) has a scene where the main character Neo is experiencing a Déjà vu. This is an important scene in the Matrix plot.
A Déjà vu in the Matrix means that the Matrix system is resetting the timelines and virtual decoration of the Matrix world.

Perhaps it's the same case with a person's personal Déjà vu.
The inner-matrix of a person is being reset, by the person self?

David Icke has written a book about the Time Loop idea.
www.davidickestore.com