Mainstream media is busy to shine a different light on Facebook. Various news items have been put in place to end the FB social experiment.

We can imagine that you, reader of the transportal, has a Facebook page. Like we do and many others on this planet. Maybe more interesting: we can also be pretty sure that many of our readers have a different type of Facebook experience compared to other FB users. For example: you may be a member of a certain truth or activism group. Perhaps you're involved in other ways by sharing important information regarding the truth on Earth. You may be a person that is using the Facebook news feed as a stream of news-that-matter updates, along with your FB friends who have the same interests and the spark of and for freedom. We can also imagine that your news feed on FB does not have much photo's of people's dinner, party pictures and "I went to the shop and bought a the latest trend." stories. This is not about good or bad. It's about preferences and curiosity. You're probably one of the millions of people on Earth that is using social media, such as FB, for the purpose of learning and knowing new things and spreading knowledge and information to others. "Millions of people"?  Yes, almost certain because of the developments in MSM news articles these days regarding FB. 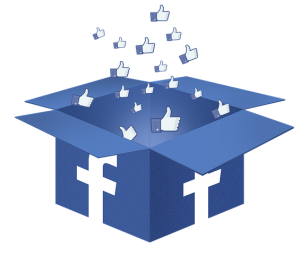 or new travelers: Facebook is a social network website with millions of users worldwide. It has become a part of daily society for many people on this timeline. Facebook (FB) allows users to post news, links, pictures and other information on a timeline, which can be viewed by the person's friends who are also on FB.  Users can also start groups and join other groups.

or the Perfect Profile

Things like Facebook are almost perfect tools to make a detailed profile database of people. Lots of information, including personal stuff and privacy related subjects are being shared on FB around the clock. It's not a big surprise that a huge amount of money is being made with selling and buying user's data for various purposes such as (targeted)  advertisements. 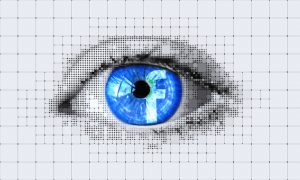 Almost perfect tools. Because one thing that was probably less desired by the FB men-behind-the-curtain is zillions kilobytes of data that has been shared related to planet Earth situations. Truth data. How do we know for sure? We don't. But it's a matter of observation of the social media to make this conclusion. There's an increase of people that are getting curious about what's behind the curtain idea and concept. Some people call it conspiracy theories. Yes again that notorious word. But on this timeline in 2018 this word is becoming more and more important. Mainstream media reports on conspiracies and strange events are expanding. And mainstream media news outlets, such as newspapers have a decrease of visitors resulting in less advertisements and income. In other words: A new form of media rose up and is expanding in a steady pace. And the old media is losing it's grip.

Facebook, intentionally or not, helped with the expansion of this new media. Some call it alternative media and these type of websites already existed far before Facebook arrived on the internet. We're talking about the time of Netscape and Alta Vista. And then came Google. Some sort of information dust bin. Interesting to note is that the Dutch word for eye is: oog.  And the Dutch word for doing magic tricks is: Googelen.

This term was probably launched to manage the increase of the alternative news media. The status quo of information-authority had to be maintained. The game of "we are right and they're wrong" had to continue in order to keep things going and make sure that people kept focused on distractions. Tools of control. Shopping, competition, the new hype and the latest tricks. Photo: still from the movie They Live (1988). Alive Films, Larry Franco Productions. More info: IMDB.com. | Other pictures in this article: Pixabay.com

To Keep A Long Story Short

You get the picture. FB has been used, by many users, for alternative information and news on a large scale worldwide. We have seen truth and conspiracy theories research groups on FB that have much more members compared to political parties or hedonistic consumerism FB groups. Truth news that is shared on the FB news feed is resonating through various layers of society. Beyond the hippies and the aluminium hats, so to speak. The 'truther' can't be labelled in one box anymore. Students, house wives, working class heroes and men at work are some of the types of folks researching and reporting for truth.

“So long as they (the Proles) continued to work and breed, their other activities were without importance. Left to themselves, like cattle turned loose upon the plains of Argentina, they had reverted to a style of life that appeared to be natural to them, a sort of ancestral pattern...Heavy physical work, the care of home and children, petty quarrels with neighbors, films, football, beer and above all, gambling filled up the horizon of their minds. To keep them in control was not difficult.”

As we're entering a new timeline, FB is trying to do some damage control. Which is perfectly normal for a large corporation experiencing a roller coaster ride. When it comes to the Earth's current timeline: it's a holistic approach. Meaning that a whole range of media tactics will be used, in the meantime. Today 21 March 2018 had lots of 'anti' FB news in the mainstream media, for example:

“The illusion of freedom will continue as long as it's profitable to continue the illusion. At the point where the illusion becomes too expensive to maintain, they will just take down the scenery, they will pull back the curtains, they will move the tables and chairs out of the way and you will see the brick wall at the back of the theater."