The events around the so called 'Big Bitcoin Heist' can be inspirational fuel for story writers in the Holy Woods. Numbers and symbols can add some dots to connect.

Edit 4.24.2018 | The bitcoin heist took place between December 2017 and January 2018. Six hundred (600) so called bitcoin-mining computers and hardware were stolen. Altogether worth $2 million. If the stolen equipment, which can also be used for other virtual currencies, is used for it's original purpose then thieves have a massive untraceable money making machine in their hands. The owners of the crypto currency-mining machines have promised a reward of $60,000. If you can lead detectives to the these cryptocrime computers and hardware, you may get the reward.

“This is a grand theft on a scale unseen before,” said Olafur Helgi Kjartansson, the police commissioner on the southwestern Reykjanes peninsula, where two of the burglaries took place. “Everything points to this being a highly organized crime.”

Three of four burglaries took place in December and a fourth took place in January, but authorities did not make the news public earlier in hopes of tracking down the thieves." 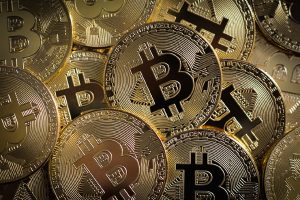 Stefansson was among 11 people arrested, including a security guard, for allegedly stealing the cryptocurrency mining equipment. The name of the accused 'mastermind' of this heist is Sindri Thor Stefansson.

He made world news with this heist and again last week when he 'escaped' prison on Tuesday 17 April 2018. He was able to escape through a window that was left open...

"Sindri Thor Stefansson escaped through a window of the low-security Sogn prison in rural southern Iceland before boarding a flight to Sweden at the international airport in Keflavik located 59 miles from the prison on Tuesday. Police said he travelled under a passport in someone else’s name, but was identified via surveillance video.

“He had an accomplice,” police chief Gunnar Schram told local news outlet Visir. “We are sure of that.”

Guards at the prison, which has no fences and where inmates have access to the internet and phones, did not report him missing until after the flight to Sweden had taken off. Stefansson had been in custody since February, but was moved to the low-security prison 11 days ago."

"I simply refuse to be in prison of my own will, especially when the police threatens to arrest me without explanation," Stefansson was quoted as writing, adding:

"I have been in custody for two and a half months unsuccessfully, without evidence, but only because of police suspicion. That's what I'm angry about. I have not been published a single testimony and I was threatened and threatened with longer isolation while isolation took place."

Open Windows and a Prime Minister

An interesting story for novels and movies indeed. A huge heist. 600 computers and hardware stolen. Machines to 'mine' untraceable cryptocurrencies. An escape of the mastermind through an open window. And boarding the same airplane as Iceland's prime minister.

"Sindri Thor Stefansson has been accused of spearheading the theft of 600 bitcoin mining computers- hardware worth roughly $2 million - during incidents between December and January. Stefansson sparked headlines last week after he left the prison on Tuesday and traveled by plane to Sweden on a flight that he reportedly shared with Iceland's prime minister." 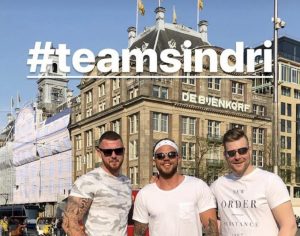 A New Order in Front of the Beehive?

So the bitcoin mastermind flew out of the window. Went to the airport of Keflavik. He was able to board the airplane without a passport because Iceland is a Schengen country, according to Iceland's news media. And it happens to be same airplane as the prime minister of Iceland.

Stefansson was arrested in the center of Amsterdam on Sunday 22 April 2018. The police of Amsterdam doesn't want to report on how Stefansson came to the Netherlands and the way they caught him. According to ANP press agency the police was able to find out about his whereabouts because of a photo on Instagram.

Team Sindri in front of 'De Bijenkorf' (The Beehive) in Amsterdam. An instagram photo published by Hafþór Logi Hlynsson. Sindri Þór (Thor) Stefánsson is on the left. Instagram/ Haffilogi. One of his friends is wearing a t-shirt with a text on the front: NEW ORDER SUBSTANCE 1987.

"It seems that a photograph published on social media showing Stefánsson with two friends and hashtagged #teamsindri may have given him away although police have not confirmed whether that was the case.

Speaking to visir.is, Stefánsson's friend Hafþór Logi Hlynsson, a friend since childhood, says that he wanted to show his support. Hlynsson also has a criminal record.

Strangely, the hashtag #teamsindri has been trending in Iceland for the past couple of days." 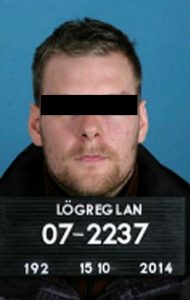 The Story in Short

For the numbers and symbols people.

600 computers stolen.
11 people arrested.
The mastermind has 3 names in his name: Sindri Thor Stefansson.
On the police photo of Stefansson is a number in the center: 223. This can be the mirrored as: 322, the number of the notorious Skull & Bones society.
The complete arrest number on the photo is: 07-2237.
Stefansson 'escaped' prison on April 17 2018.
He left the prison via an 'open window'.
He boarded the same airplane (without a passport) as Iceland's prime minister.
One of his friends is wearing t-shirt with a text on the front: NEW ORDER SUBSTANCE 1987 on the Instagram photo. The photo was taken in front of a large warehouse named: De Bijenkorf, which means: The Beehive.
A reward of $60,000 for anyone who can solve this cryptocrime.
He was caught on 22 April. 7 days after his escape. 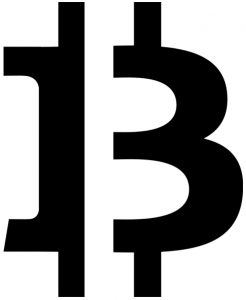 The capital letter B, as in the Bitcoin logo, is a joint venture of the number 1 and 3.

Christine Lagarde and the Magic Number 7